Christian Fernsby ▼ | May 7, 2019
At least 45,000 new customers are expected to be connected to the national power grid provided by the Liberia Electricity Corporation (LEC) along the Roberts International Airport (RIA) corridor in Margibi County. 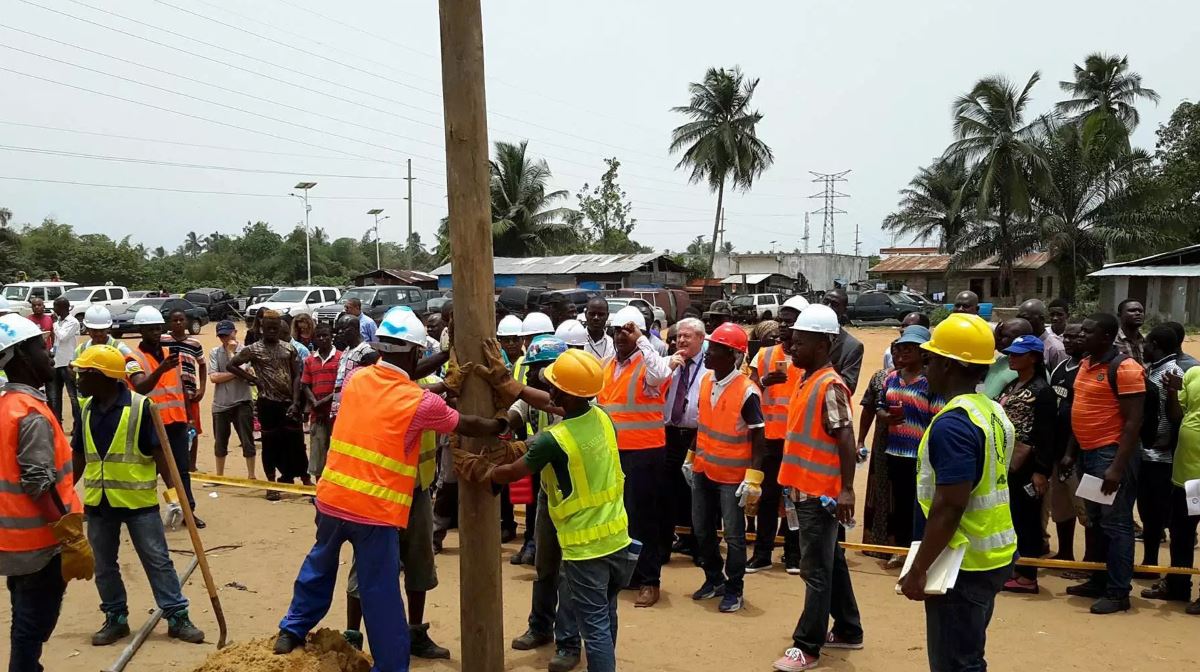 At the groundbreaking ceremony, which was held in Schefflin Town, Margibi County on May 1, 2019, the project Coordinator, Henry Kimber, said the exercise is under the auspices of the Liberia Energy and Access Project (LEAP). According to Kimber, the project costs US$31.8 million to extend the national grid, which comes from the Paynesville sub-station, and extends as far as the RIA.

Kimber said about 45,000 households are expected to be connected when the project is completed.

He informed the residents that when the project was initiated in 2013, it was estimated that 14,000 households would have benefited but, based on the prevailing condition and its urgency, the plans changed to the minimum of 45,000 for the good of the residents.

The project is a combination of loans and grants; as such, it is not free of charge as it has been perceived by the public.

However Kimber recalled that, on many occasions, when donor-funded projects are implemented, people think it is free, thought that is not the case. ■