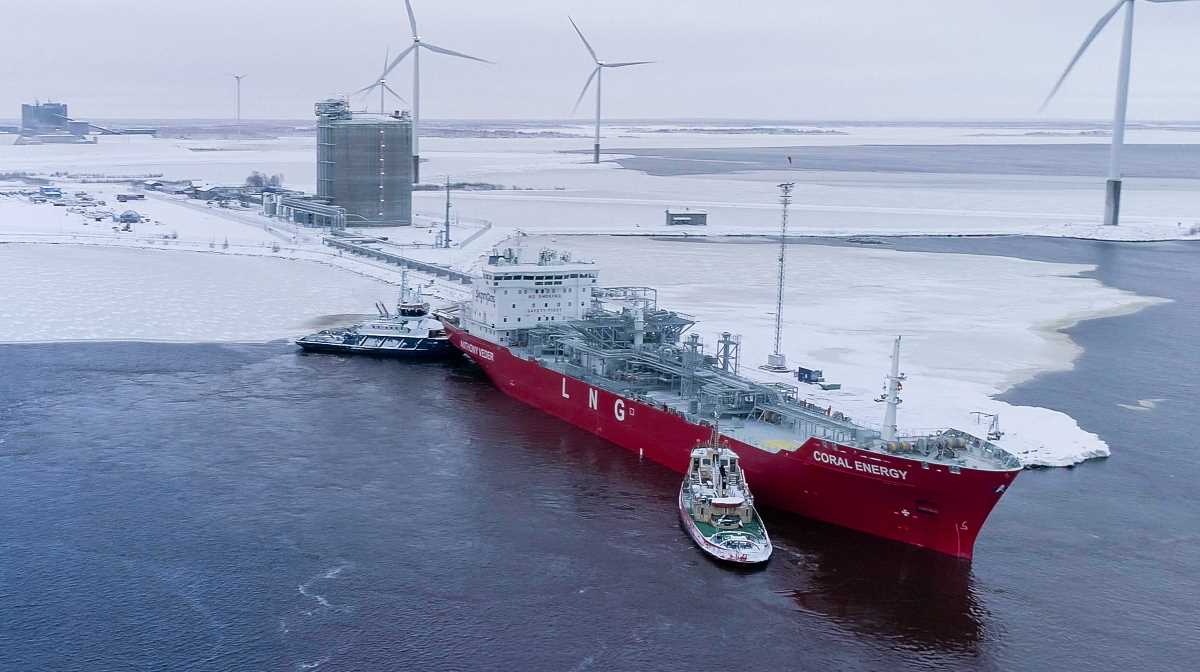 The Tornio terminal was developed as a joint effort by several companies of the Northern Finland industrial cluster, including the steel companies Outokumpu and SSAB, EVP Energy and the gas energy distributor Gasum.

Outokumpu steel has invested in recent years 30 million euros for a shift to using LNG in its Tornio facility instead of propane, local media has reported. The Outokumpu steel plant in Tornio will be largest user of the new terminal. The SSAB steel plant in Raahe, about 200 kilometers south of Tornio, is another major user.

Kimmo Rahkamo, Vice President in charge of natural gas and LNG at Gasum, said on Tuesday "the terminal significantly supports the emission goals of Finland, as well as the entire Nordics".

He said that building this distribution infrastructure will make it easier for also new operators to start using LNG. Rahkamo underlined that in the future the same gas infrastructure can be shift to the use of liquefied biogas (LBG).

Tornio is located at the Northern end of the Gulf of Bothnia that separates Finland and Sweden. So far the only LNG facility along the Gulf was in Pori, 600 kilometers down from Tornio, with a capacity of 30,000 cbm. ■

U.S. supermarket chains condemned for ending coronavirus pay as worker deaths increase
Angola to produce less than 2 million carats of diamonds in 2020 due to coronavirus
Apparel spend forecast to plummet by nearly $300bn in 2020
Kazakhstan boosts oil exports to China