Kentucky AG: 1,000 mining workers may be at risk

Christian Fernsby ▼ | September 3, 2019
Attorney General Andy Beshear said his office has completed a review of publicly available data and determined that the governor’s Labor Cabinet may have failed to secure a single bond for any mining company operating in the state. 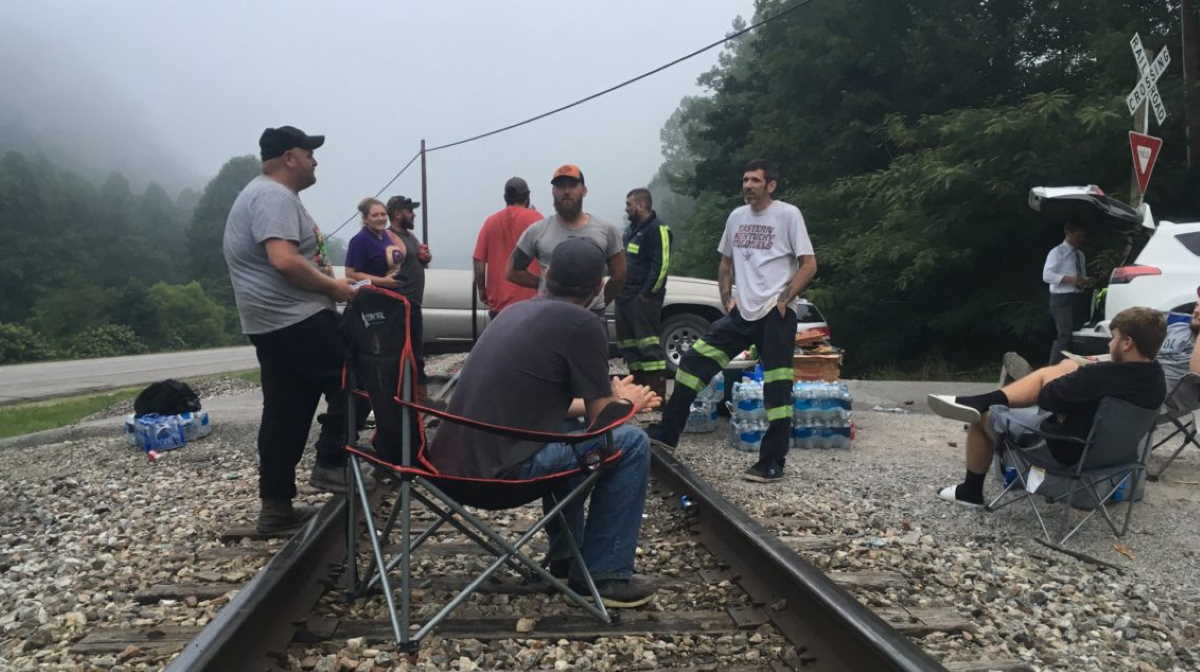 America   Blackjewel in Harlan County
Beshear’s review indicates that as many as 30 mining companies should have bonds on file, without which nearly 1,000 mining employees are at risk.

In a five-page report, Beshear said the Labor Cabinet has not only failed to enforce a state law that aims to protect four weeks of employee pay if their company shuts down, they actively tried to repeal it.

The law (KRS 337.200) applies to certain businesses, including mining companies who have done business in the state for fewer than five consecutive years.

Beshear began his review following media reports that the cabinet failed to require the now bankrupt Blackjewel in Harlan County to post a bond.

After the mine closed July 1, miners’ paychecks bounced and they have not since been paid.

Beshear wanted to find out if other miners face the same risk.

“In response to Blackjewel’s closing, the Labor Cabinet claimed ‘there is no mechanism in law for them to figure out when a new company has opened in the state that is supposed to post a bond,’ but my office was able to determine this with publicly available information within a few days,” Beshear said.

“The Labor Cabinet has an absolute duty to enforce the law and has utterly failed to do so.

They must begin enforcing these bonds to assure no one ever goes through what the Blackjewel miners are going through.”

Beshear’s review included visiting the Energy and Environment Cabinet’s (EEC) website to study a publicly available list of mining licenses and the Secretary of State’s website to view each licensee’s business filing.

Beshear’s office then compiled a list of licensed mining companies the EEC has authorized to operate in the state, and which have been doing so for fewer than five consecutive years.

Monday, Aug. 26, after a delay, Beshear received a response to his open records request for a copy of any bonds on file at the Labor Cabinet.

Beshear’s office quickly concluded that the cabinet failed to secure any of the required bonds from mining companies.

The office also used the EEC Division of Mine Safety 2018 Annual Report to determine how many miners may be working at the mines operated by the licensees who should have been on file with the cabinet.

Beshear’s letter says the cabinet had various accessible ways to track and enforce the law, including working with other agencies and utilizing the cabinet’s claim to broad subpoena powers to investigate labor law violations.

Instead of enforcing the law, however, the Labor Cabinet took time to unsuccessfully attempt to repeal it, Beshear said.

At the March 1, 2018, meeting of the House Standing Committee on Economic Development and Workforce Investment cabinet officials testified in support of repealing the bond requirements.

The bill passed committee, but did not receive a vote on the floor of the Kentucky House of Representatives.

“While the Labor Cabinet may prefer that these laws be repealed, it has a duty to enforce them while they remain on the books,” Beshear said.

“The cabinet should use the many public resources we have identified to do so.”

Since Beshear learned of the troubling complaints surrounding the closing of the Blackjewel mine, he has taken action.

Beshear previously instructed his office to use all of its powers and resources to seek answers for those who have been harmed.

Beshear has dedicated an investigator to look into complaints of clawed-back paychecks and concerns related to child support deductions and has reached out to local county attorneys on these same child support issues.

Devoted mediators from Beshear’s office are available to help employees mitigate debts owed to individuals or businesses as a result of bounced paychecks. ■