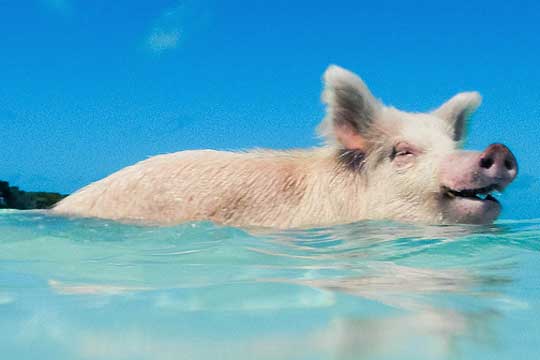 Food industry   Jamaica Pig Farmers Association
"We call on the Government of Jamaica to continue its support of the pig industry which benefits thousands of employees, their families and do all within its power to safeguard the investments made by the local farmers," according to a recent news release from the Jamaica Pig Farmers Association (JPFA) and its president Hanif Brown.

The members of the Jamaica Pig Farmers Association are opposed to a recent call from a few pork processors for the Ministry of Agriculture and Fisheries to grant permits for the import of pork, the Jamaica Oberserver reports.

"We are also concerned about the threat to Jamaica's pork industry biosecurity from imported pork products, especially with the current outbreak of virulent porcine epidemic diarrhoea virus (PEDV) in the USA and Canada and the devastating effect this could have on the local pork industry if it were to be introduced through imports."

The call by processors for importation permits is a response to the temporary tightness of pork supply on the Jamaican market and the recent increase in the price of pork from local farmers.

"In fact, there are producers/processors who have stocks from which they could sell to processors if needed; and local pork continues to be available at hotels, restaurants, retail and jerk pork outlets," the release said.

"Pig farmers have just come through a two-year glut which wiped out their profit levels and impacted negatively on their investments," the release said.

"During the period 2012 to 2013, the direct production cost per animal stood at about $130 per pound live weight (that is, before factoring rate on return on capital investment), while the market offered the farmers a low of $70 per pound. As a result, there was a massive sell-off of animals and the culling of the breeding herds by about 40 per cent, bringing supply and demand closer to equilibrium."

The association said that amid the challenges, it was asking for patience and co-operation between suppliers and processors, so that pig farmers can continue to retool their farms and breeding herds, a process which has been ongoing since November 2014.

"In fact, the current price for pork of $160 per pound live weight will allow farmers to cover their direct production costs and begin the process of paying outstanding bills," the release said. ■

Jamaica to trade ripe bananas with United Kingdom
Half of UK food will come from abroad by 2040
Dutch farmers set to get 29.9 million euros