Staff writer ▼ | March 16, 2015
Jamaican farmers will expand exports of bananas to the United Kingdom (UK) under a new push that will add ripe fruit to the line-up, alongside plans to negotiate new shipping arrangements. 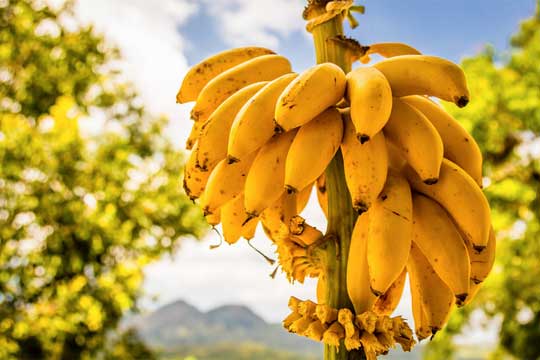 Conie said there are currently six farmers - whose names she did not disclose - with export contracts for the UK, who will continue to export a 20-foot container fortnightly. However, previous media releases named one as Noel Clarke of St Mary.

The new ripe fruit project, which will begin in fiscal 2015-16, will target farmers who together will cultivate 115 hectares to supply markets in the UK with three containers of fruit weekly.

"The projected profits over 12 months of consistent weekly shipping from the new plantation of 115 hectares of bananas will result in net revenues of a approximately US$26.4 million ($3 billion)," Conie said.

The new project should also add another 115 jobs to the sector, while increasing overall production of bananas by 50 tonnes per week or 2,500 tonnes per year. Allowing time for cultivation and maturation of the fruit, the project should be able to deliver on the shipments consistently in 18 months, she said.