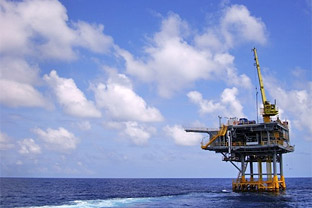 
"It is only through active exploration, especially drilling, that the potential will be proven. It is a key government policy objective to encourage investment in oil and gas exploration off the Irish coast and to optimise the value of any oil and gas finds for Ireland," Pat Rabbitte said in a speech.

Speaking at an event in front of more than 70 companies, Mr. Rabbitte underlined the potential economic benefits and opportunities gained from developing the industry in a bid to encourage further investment in the offshore oil and gas explorations.

"I look positively at renewed interest in the Celtic sea, the outcome of the 2011 licensing option round and more recent developments such as the Regional Seismic Survey and activity at Dunquin," said Mr. Rabbitte.

The successful exploration and development of the oil and gas industry in the United Kingdom and Norway were used as an example to demonstrate how investment in exploration could position some Irish companies to reach international recognition and increase the volume of export business. Mr. Rabbitte acknowledged, however, that it could take decades of successful exploration before this was likely to happen.

"When we look to our relatively near neighbours in UK and Norway, the demonstrable success of Aberdeen and Stavanger are clear. We are a long way from the success of Norway. For the moment, pending a significant increase in exploration activity and success, we necessarily have to temper out expectations but we should not tame them. I believe that Ireland can learn and benefit from the lessons experienced by Aberdeen and Stavanger," said Mr. Rabbitte. ■

Gannett to buy Belo for $1.5 billion