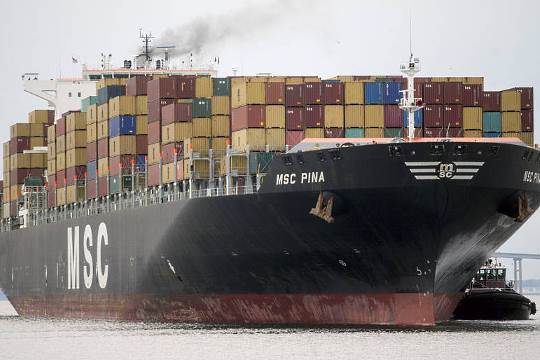 Iran imported €6.6 billion worth of commodities from the European Union, recording a 37.5% rise year-on-year.

Petroleum, petroleum products and related commodities accounted for the majority of Iran’s exports to the EU during the period (more than 88%), with a total value of €5.7 billion, registering more than a threefold rise YOY. Food exports stood at €224 million, indicating a 13% decline YOY.

Exports of chemical products accounted for 3.4% of Iran’s total exports to the EU, posting a 60% growth. Exports of all other items, except petroleum products and chemicals, saw a decline.

The imports mainly included transportation machinery and equipment, chemical products and food, beverages and tobacco, valued at €5 billion, accounting for around 75% of total imports from the EU.

A 57% rise in imports of transportation machinery and equipment, which constitute 25.5% of total imports, was the main reason behind the increase in imports.

Eurostat data show the import of almost all items from the EU grew, except for food, beverages and tobacco.

Food imports, which accounted for 4% of overall imports, stood at €283 million, marking a 19% decline compared with last year's corresponding period.

Eurostat is a directorate general of the European Commission located in Luxembourg.

Its main responsibilities are to provide statistical information to EU institutions and promote the harmonization of statistical methods across its member states and candidates for accession.

France, Germany, Italy and the UK have been at the forefront of resuming business with Iran after the January 2016 implementation of the nuclear deal Tehran signed with world powers a year earlier, known as the Joint Comprehensive Plan of Action.

According to the Islamic Republic of Iran Customs Administration, Iran-Germany non-oil trade stood at $2.85 billion in the last Iranian year (March 2016-17), up 33.06% YOY.

Iran Chamber of Commerce, Industries, Mines and Agriculture's data about Iran-Germany non-oil trade over the last 16 years show bilateral exchange peaked in the fiscal March 2007-8 at $5.7 billion and dipped lowest in March 2001-2 at $2.11 billion.

Italy has been another major European trade partner for Iran over the years.

Iran and France saw their highest level in bilateral trade during the 16 years under review in the fiscal March 2005-6 when it totaled $2.74 billion.

The lowest level of trade between the two countries during the period under review was registered in March 2013-14 at $593.17 million.

Albeit at a slower rate, the UK has been vying with other European countries for the Iranian market. Iran-UK trade stood at $453.73 million in the last fiscal year, up 15.36% YOY.

EIB lends €90 million for expansion of Karavanke Tunnel
Number of oil tanker spills in 2019 the lowest in 50 years
Oman signs concession agreement with Total and Thailand's PTTEP
Review of trade agreement with Mexico-U.S. demanded in Canada