Iran to manufacture tractors in Africa

Staff Writer | December 1, 2017
A business delegation from Tabriz in northern Iran was expected in Namibia's capital Windhoek to finalize a contract that in a year’s time could culminate in Iranian-designed tractors—for agricultural purposes–rolling off an assembly plant, either in Windhoek or Walvis Bay, and bolstering employment. 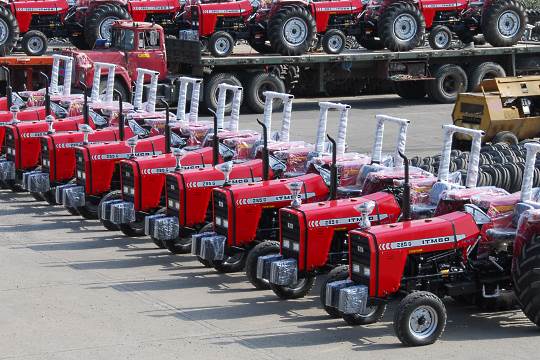 Africa   Windhoek
This was revealed in an interview by Namibian newspaper New Era in Windhoek by Vahid Karimi, the ambassador of Iran to Namibia, who affirmed the visit of Iran Tractor Manufacturing Company's CEO and his delegation as the outcome of a rendezvous some two months ago between the two countries.

“A delegation from Iran was here two months ago and they have seen the sites that could be allocated for that purpose. It could either be in Windhoek or Walvis Bay, but it all depends on the company to have the final decision. I think if everything goes well, within a year we could have the first production of tractors in Namibia,” he said.

“My job as ambassador is to connect the people—as for the details, they are going to work them out when they meet,” he said in response to a question on the number of jobs to be created and the magnitude of Iranian investment in the contemplated tractor assembly plant.

Karimi was very optimistic and said, “The planned tractor assembly plant will help create jobs and help in the transfer of knowledge and skills. In the agriculture area, I am sure it will create lots of jobs.” ■