Staff Writer | November 24, 2017
Tehran Chamber of Commerce, Industries, Mines and Agriculture has conducted a study on the presence of foreign banks in different countries and its economic impact, underscoring the lack of such a presence in Iran and the missing advantages. 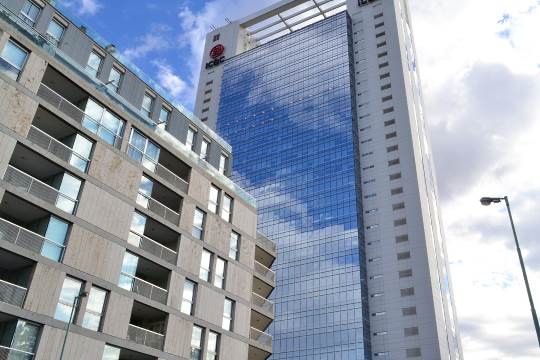 “Recent statistics on the presence of foreign banks in 113 countries indicate that only 11 countries are bereft of foreign banks, including Iran and Saudi Arabia,” the study published on TCCIM’s website announced.

Romania boasts the highest number of foreign banks on its soil, with these lenders making up 82% of all financial institutions in the southeastern European country.

Poland’s share of foreign banks at 76%, Czech Republic at 62% and Singapore and UK each at 58% complete the top five.

This is while a significant number of Asian countries, some of whom neighbor Iran, are present on the list: Foreign banks take up a 48% share in Indonesian banking system while the shares of Turkey, UAE and India stand at 38%, 22% and 12% respectively.

According to the study, in light of the development of south-south cooperation – denoting exchange of resources, technology and know-how between developing countries, especially following the Great Recession of 2008, a number of foreign banks entering emerging economies belonged to developing countries. ■

For Church of Sweden God is no longer male

Consumers delay smartphone purchasing amid coronavirus
Unprecedented tourism fall in Spain due to coronavirus
UK government paying half on restaurant bills in more than 72,000 establishments
UK car production down 42.8%