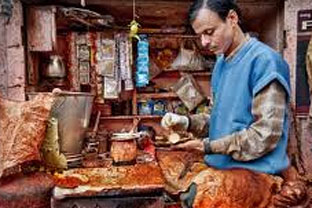 India, home to 48.8 million small and medium businesses (SMB) is set to emerge as the largest SMB national globally, ccording to the newest report from advisory firm Zinnov.

Out of the 48.8 million SMBs around 55% are located in urban areas while the rest 45% in the rural regions. The recently announced tax incentive for growing SMBs in the Union Budget is one such example. Initiatives like these have helped SMBs enhance their competitiveness in the global markets. Globalization in trade is further forcing SMBs to improve their efficiency of conducting business, the advisory firm said in a release.

"Today 1.5 million SMBs export their products or services outside India which is a sign of the sector's rapid evolution. The sector is growing to be the largest employment generator in the country," said Praveen Bhadada, director of market expansion at Zinnov.

The report also shows that around 82% of all SMBs are situated in 10 states in India. These 10 states, also account for two thirds of the mobile and internet subscribers in the country. Additionally, manufacturing is the single largest vertical with at an all India level followed by repairs & maintenance and services vertical. The Indian SMB sector gives employment to approx. 81.16 million people in India which has increased at a CAGR of 5.29%, while the fixed investment has been consistently increasing over the years at 11.48%. ■