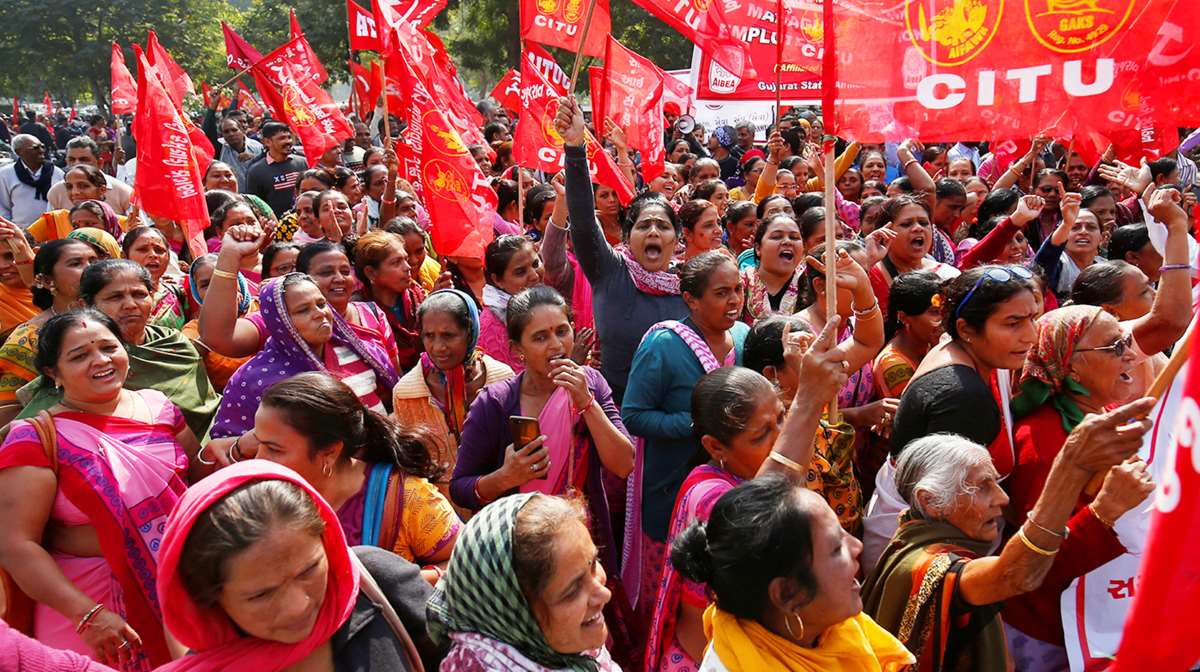 The protesting unions demand minimum wages for workers, universal social security cover, stoppage of disinvestment in the public sector units, and enforcement of basic labor laws in the country.

Apart from protest demonstrations in almost all states, incidents of violence, rail and road traffic blockades were reported in West Bengal on Tuesday.

Police in Kolkata detained Communist Party of India leader Sujan Chakraborty and other protesters Wednesday when they tried to stage a march. Reports said the local government in West Bengal which is opposing the strike has directed bus drivers to wear helmets as a precautionary measure.

In Mumbai, commuters were left stranded as the strike coincided with agitation by Brihanmumbai Electric Supply and Transport (BEST) employees.

Over 33,000 employees of Mumbai's civic transport undertaking BEST went on an indefinite strike since midnight over their demands, including higher wages. The strike has caused inconvenience to nearly 2.5 million daily commuters.

In the national capital of New Delhi, workers planned to march from Mandi House to the parliament at around 12:00 a.m. local time. Similar marches are simultaneously expected in other cities in the country during the day.

Previously the trade unions had organized two general strikes against the policies of Prime Minister Narendra Modi's government on Sept. 2, 2015, and Sept. 2, 2016.

Trade unionists said 10 CTUs with at least 200 million workers affiliated to them have joined the strike.

A joint statement issued by the CTUs said the government undermined tripartism and continued its "aggressive attack with arrogance on the lives and livelihood of the working people." ■

India to be global hotspot for cruise shipping
India says it is growing faster than China
India imported 600 tonnes of uranium from Russia, Canada

'Alarming' number of Australians try having children at older age