Staff Writer | May 30, 2018
An immigration adviser says new figures are at odds with previous assurances that Indian students and graduates are not being targeted by immigration officials. 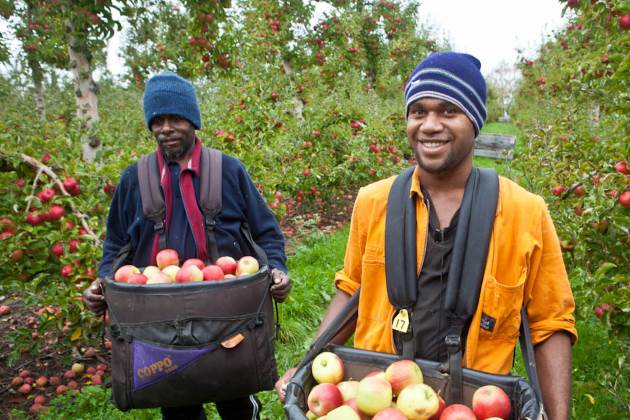 Pacific   14 percent of Indian applicants were rejected
Immigration New Zealand says there has been no change to its assessments, Radio NZ reported.

Arunima Dhingra, a director of Aims Global, said the number of post-study work visas were being "slammed" and genuine Indian applicants were suffering.

"They have gone through the right channels all throughout and yes there is tightening which is not said, not accepted, not disclosed and yet the numbers kind of show it.

"Because every time we've asked immigration 'what's happening? Are you singling them out? Is there a different way of processing applications for Indian nationals?' We've always had 'no, it's never that.'"

In the essential skills work visa category, 19 percent of declines were for Indian applicants.

Of those in the country unlawfully and appeal 922 of 2541 Indian applicants were approved, compared to 828 of 1232 Chinese applicants and 239 of 310 British immigrants.

There was a benefit of the doubt given to their European clients which was not extended to Indian applicants, Ms Dhingra said.

The differences could not be accounted for by lower language requirements for students several years ago as those students would have have graduated before the work visa statistics she has collected, she said.

"If immigration is doing that they need to stand up and explain that's what it is rather than say 'nah, nothing's changed', because clearly something has."

Applications for some temporary visas were often taking four months, she said.

"The figures show clearly that Indian students moving to work visas are not just targeted, but the numbers are being slammed. And in doing this extreme tightening, the genuine Indian students also end up paying and losing their entire career." ■

Conference Board Consumer Confidence Index for U.S. increased in May

BW LPG proposes to combine with Dorian LPG in $1.1 billion