Staff writer ▼ | March 12, 2014
This year marks the start of the United Nations Decade of Sustainable Energy for All (SE4ALL), the international effort to bring modern and sustainable energy to everyone on the planet. 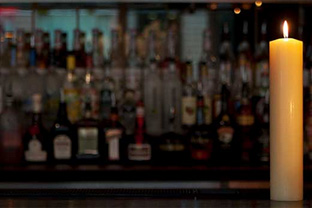 This year marks the start of the United Nations Decade of Sustainable Energy for All (SE4ALL), the international effort to bring modern and sustainable energy to everyone on the planet.


IEA data collected over more than a decade have been vital to the push already, establishing the size of the problem and helping determine the resources necessary to allow every woman, man and child to benefit from the security and convenience that most already take for granted.

In the latest edition of its annual publication, World Energy Outlook (WEO), the IEA provides the most recent estimate: nearly 1.3 billion people, or 18% of the world population, lacked access to electricity in 2011. While the number of those without electricity declined by 9 million from the previous year, the global population increased by about 76 million in 2011, according to the United Nations estimates, to top 7 billion.

And the modest decline in those lacking electricity obscured the fact that energy poverty either stagnated or worsened in some countries, particularly in sub-Saharan Africa, as population growth outpaced energy access efforts.

As a special focus within its World Energy Outlook 2014 series, the IEA is conducting its most comprehensive analytical study to date of the energy outlook for Africa. Among other topics, the report will examine which policies, investments and infrastructure are required to expand access to reliable and affordable electricity supply on the continent.

The new push by the United Nations for universal access is part of the growing recognition, highlighted in the WEO, that modern energy is crucial to achieving a range of social and economic goals relating to poverty, health, education, equality and environmental sustainability.

LeapFrog appoints Joanna Rees to board

Venezuelan gold litigation to return to UK court next week
Cost of replacing Huawei and ZTE in U.S. will be $1.837 billion
UK mass testing plans could cost up to GBP100 billion
Highlights: September 14, 2020 - September 19, 2020