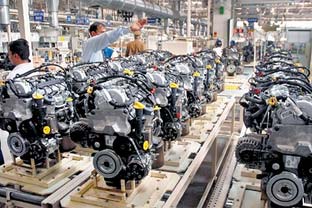 
According to 2013 statistics, first on the list is Germany with more than four million engines produced. France is in a tight race with the UK, manufacturing 2.75 million and 2.55 million engines, respectively.

Hungary is getting closer to a "podium position" with 1.9 million engines produced last year. The country has become a magnet for German engine manufacturers due to it being close to their home markets and relatively cheap. Audi has transferred production from Inglostadt to Audi Hungária in Győr, which is, according to Audi, the biggest car engine factory in the world. The GM plant in Szentgotthárd also adds a lot to Hungary’s figures. ■