Staff writer ▼ | April 9, 2015
An oilfield near Gatwick airport could hold up to 100 billion barrels of oil, according to UK Oil and Gas Investments. 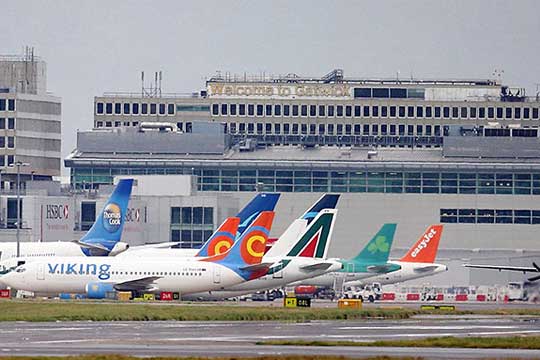 Oil in the UK   Up to 100 billion barrels of oil
UK Oil and Gas Investments revealed it had found a "world-class potential resource" after drilling 3,000ft below ground in West Sussex. However, UKOG said only 3-15% of the total would be recovered, based on similar finds in the US.

"We think we've found a very significant discovery here, probably the largest in the last 30 years, and we think it has national significance," Stephen Sanderson, UKOG's chief executive, told the BBC.

Analysts suggest the Horse Hill oilfield, "Britain's Dallas," could hold 158m barrels of oil per square mile, a significant increase on reports last year that it could hold 20m barrels.

The majority of the oil was discovered when UKOG workers drilled the deepest well in the region in the past 30 years. Sanderson said the find would "comprehensively change the understanding of the area's potential oil resources".

"Based on what we've found here, we're looking at between 50 and 100bn barrels of oil in place in the ground. We believe we can recover between 5% and 15% of the oil in the ground, which by 2030 could mean that we produce 10%-to-30% of the UK's oil demand from within the Weald area."

The company told investors more drilling and testing would be required to prove its commercial value but that the well had "the potential for significant daily oil production". ■

Renault-Nissan and Daimler to make more pickup trucks together