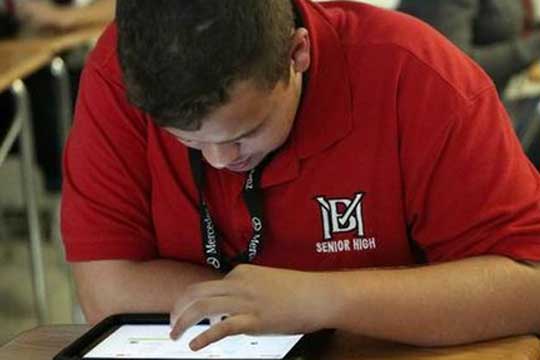 Techno   The US tablet audience will account for 58.5% of internet users
A new eMarketer report, "US Tablet Users: 2014 Complete Forecast Update," explores who those users are and what they're doing on their devices.

US Hispanics will have the highest tablet penetration rate of any race or ethnicity through at least 2018. This year, 28.1 million Hispanics—19.1% of all US tablet users—will use tablets, representing more than half of the entire Hispanic population and 70.9% of Hispanic internet users. This group will also post the highest gains of any race or ethnicity this year, with a 14.9% growth rate.

Teens ages 12 to 17 and adults ages 35 to 44 will be the most likely to use tablets. Approximately 60% of people in these age groups will use such a device regularly in 2014. Tablet usage will also be higher than average for those 18 to 34.

Tablet adoption has led to the growth of the tablet gamer, video viewer, music listener and social networking audiences. As gains of the overall tablet user base slows, so too will those of most tablet content user groups.

Gamers will be the largest tablet content audience included in eMarketer's forecast through at least 2018. This year, 106.5 million people, or 72.4% of tablet users, will play games via tablet regularly. Audience growth will remain steady over the next few years. By 2018, more than 79% of tablet users and over half of internet users will play games on a device at least once per month.