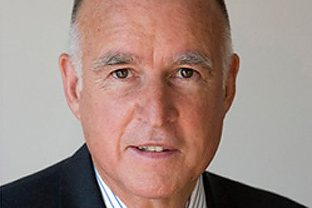 
"This May Revision is good news for California," said Governor Brown. "It shows that California can afford to provide health care to many more people, while at the same time paying its debts and shoring up the long-troubled teachers' retirement system."

The Governor's revised budget plan comes on the heels of an agreement with legislative leaders of both parties to bring greater stability to the state's finances in the years to come. The agreement, based on the Governor's January proposal, establishes a Rainy Day Fund that allows the state to save for the future while paying down its debts and unfunded liabilities. The proposal is expected to go before voters in November.

For the budget year (2014-15), the May Revision sets aside $1.6 billion to make the final payment on the Economic Recovery Bonds and another $1.6 billion for the Rainy Day Fund.

The May Revision reflects more than $2 billion in added costs over and above the January budget. This includes higher spending to provide health care coverage under Medi-Cal for a million more people, emergency drought assistance, added funding to meet the Proposition 98 guarantee for K-14 schools, caseload increases in the In-Home Supportive Services (IHSS) program, additional contributions to the California Public Employees' Retirement System (CalPERS) and added staffing to administer California's unemployment insurance program.

When Governor Brown took office, the state faced a massive $26.6 billion budget deficit and estimated annual shortfalls of roughly $20 billion. These deficits, built up over a decade, have now been eliminated by a combination of budget cuts, temporary taxes and the recovering economy.

The May Revision proposes a plan of shared responsibility among the state, school districts and teachers to shore up the State Teachers' Retirement System (STRS). The increased contributions in the first year from all three parties total about $450 million, but would grow thereafter to more than $5 billion annually in 2020-21. The plan would eliminate the unfunded liability in approximately 30 years.

The Governor's January Budget proposes to reduce the Wall of Debt by more than $11 billion this year alone and fully eliminate it by 2017-18. The Budget will completely pay off all remaining deferrals to schools and the Economic Recovery Bonds this year. The May Revision includes an additional $100 million to repay a portion of existing mandate reimbursement claims that have been owed to local governments since at least 2004. ■

Holcim gets green light for acquisition of Cemex West