Christian Fernsby ▼ | May 9, 2019
Xinhua reported that Germany's first electric highway for road freight traffic has opened in the federal state of Hesse. 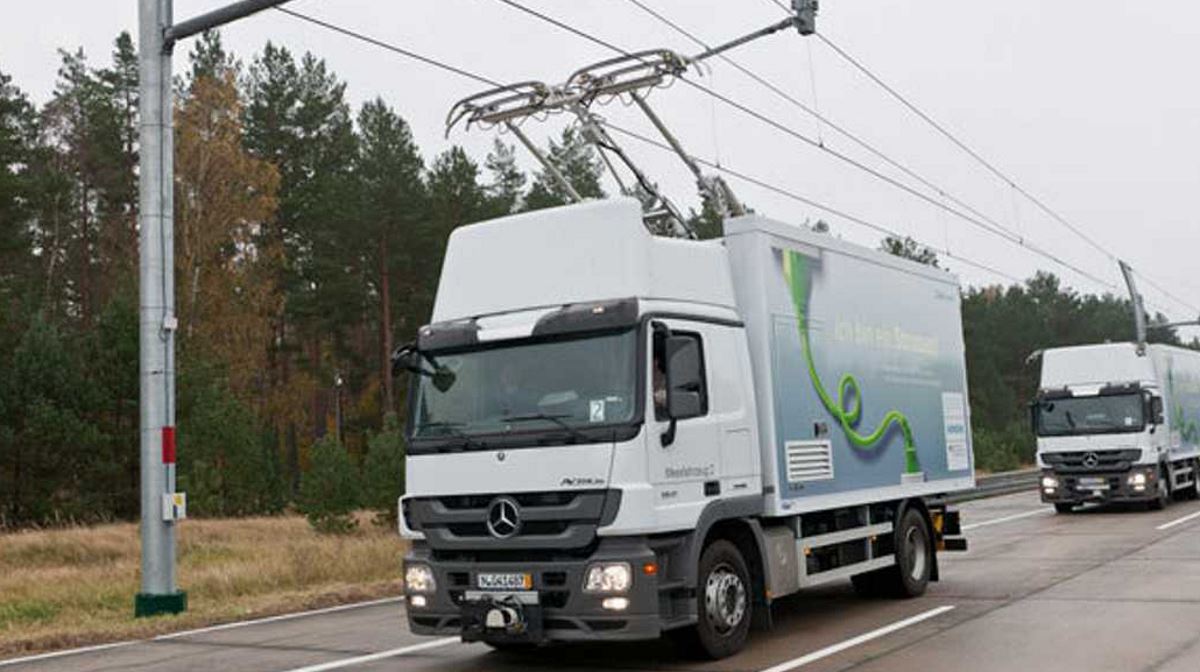 The trucks driving on the eHighway test stretch are equipped with electric and diesel engines as well as batteries that could be quickly recharged via the installed overhead lines.

The construction of the test stretch in Hesse had been financed with EUR 14.6 million and a further EUR 15.3 million would become available for carrying out the field test until the end of 2022

The test stretch on the German highway is part of the ELISA project (short for electrified, innovative heavy traffic on the Autobahn), and is being coordinated and operated by Hessen Mobil, the federal state's road transport authority.

By 2022, five trucking companies are planning to participate in the field test in Hesse to see whether the overhead line technology is suitable and whether it can be used to transport goods on German roads in a climate-friendly manner

The German environment ministry said that it had already set aside over EUR 70 million to develop the hybrid trucks powered via overhead lines.

Two further test tracks are to be built in Schleswig-Holstein and Baden-Wuerttemberg. ■

Is your local New York bridge among 165 projects scheduled for repair? Check here
SC, SD and Kansas have most cost-effective highway systems
Increased traffic by foreign trucks in Norway