Staff writer ▼ | March 7, 2015
German industry of information technology and telecommunication was interested in China's new strategy to develop smart manufacturing and would like to seek opportunities to cooperate, said a German industry representative. 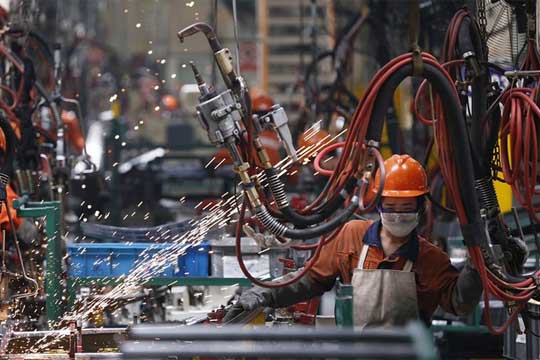 Made in China 2025   Wolfgang Dorst of BITKOM:
Germany needed a globalized value chain to win the competition in the fourth industrial revolution.
The Chinese government announced to implement the "Made in China 2025" strategy and develop "Internet Plus" action plan with an aim to seek innovation driven development, apply smart technologies, integrate the mobile Internet, cloud computing, big data, and the Internet of Things with modern manufacturing, and to upgrade China from a manufacturer of quantity to one of quality.

Wolfgang Dorst, the head of Department "Industrie 4.0" in German ICT industry association BITKOM, told Xinhua in an interview that German industry was eager to know more about new trends in Chinese manufacturing sector and was willing to seek more cooperation opportunities.

"It (Chinese smart manufacturing) is both challenge and opportunity," Dorst said, added that despite its strong basis in manufacturing and IT, Germany needed a globalized value chain to win the competition in the fourth industrial revolution.

Sex after a heart attack