Staff writer ▼ | March 27, 2015
The German economy is expected to keep its growth momentum in the first half of 2015 and continue to expand as strongly as at the end of 2014. 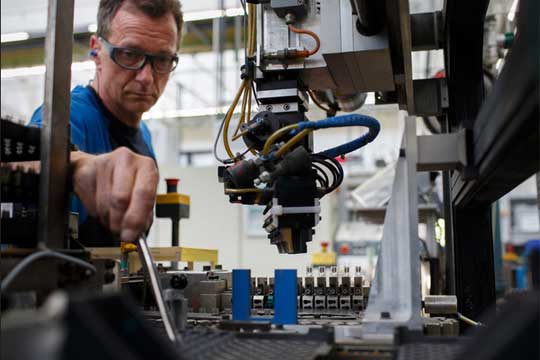 Forecast   The biggest economy in Europe
This is according to Germany's central bank and their opinion in its monthly bulletin.

"The German economy is likely to increase strongly in the first quarter of 2015 following a surprisingly strong expansion at the end of 2014," said Bundesbank.

It added that "the vigorous economic upturn" would continue in the second quarter, driven by foreign trade, private consumption and, to a lesser extent, house construction.

Business investment also showed signs of revival, and consumption was expected to be boosted by a stable labour market and strong wage increases, and to gain momentum from falling energy prices which would increase the purchasing power of German households.

"The sharp increase in retail sales in January indicates that this is now increasingly happening," Bundesbank added.

Thanks to strong private consumption, the German economy expanded by 0.7 percent in the last quarter of 2014 after it narrowly avoided a recession during the summer months, lifting the growth of the whole year to 1.6 percent. ■