Free trade deal between Georgia and Europe comes into play

Staff Writer | May 2, 2018
The free trade agreement between the European Free Trade Association (EFTA) and Georgia came into play for Switzerland and Liechtenstein from May 1. 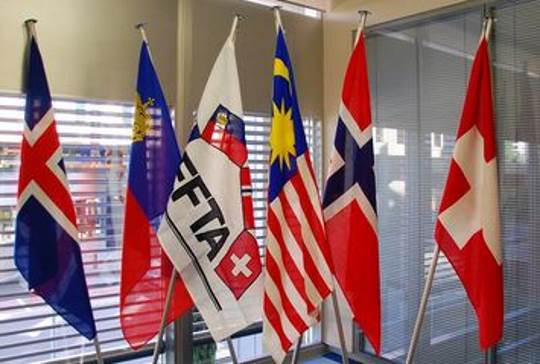 At that stage the agreement entered into force only among Georgia, Norway and Iceland. Yesterday it came into force for Switzerland and Liechtenstein as well.

The agreement will help boost trade relations between the contracting parties.

The decision to establish a free trade deal with Georgia was made by the EFTA Council of Foreign Ministers on November 17, 2014. The first round of negotiations took place in Georgia in September 2015, while the second round was held in December 2015. Georgia successfully completed its third and final round of negotiations with the EFTA in February 2016. ■