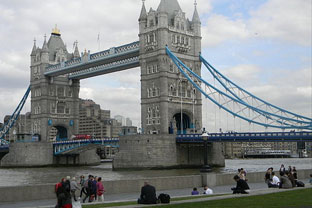 The downgrade of the UK's sovereign ratings primarily reflects a weaker economic and fiscal outlook and hence the upward revision to Fitch's medium-term projections for UK budget deficits and government debt. Despite the loss of its 'AAA' status, the UK's extremely strong credit profile is reflected in its 'AA+' rating and the Stable Outlook.

Fitch now forecasts that general government gross debt (GGGD) will peak at 101% of GDP in 2015-16 (equivalent to 86% of GDP for public sector net debt, PSND) and will only gradually decline from 2017-18. This compares with Fitch's previous projection for GGGD peaking at 97% and declining from 2016-17 and the 'AAA' median of around 50%.

The agency previously commented that failure to stabilise debt below 100% of GDP and place it on a firm downward path towards 90% of GDP over the medium term would likely trigger a rating downgrade. Despite the UK's strong fiscal financing flexibility underpinned by its own currency with reserve currency status and the long average maturity of public debt, the fiscal space to absorb further adverse economic and financial shocks is no longer consistent with a 'AAA' rating.

Higher than previously projected budget deficits and debt primarily reflects the weak growth performance of the UK economy in recent years, partly due to headwinds of private and public sector deleveraging and the eurozone crisis. Fitch has revised down its forecast economic growth in 2013 and 2014 to 0.8% and 1.8%, from 1.5% and 2.0%. The UK economy is not expected to reach its 2007 level of real GDP until 2014. ■

Accuphase A-200: know-how to the fullest

Two-thirds of businesses willing to share their data with third-parties
Bangladesh garment makers say $3 billion in orders lost due to coronavirus
$10.7 billion Fehmarn Belt tunnel between Germany and Denmark gets approval
Suspension of Libyan oil exports causes loss of over $3.6 billion