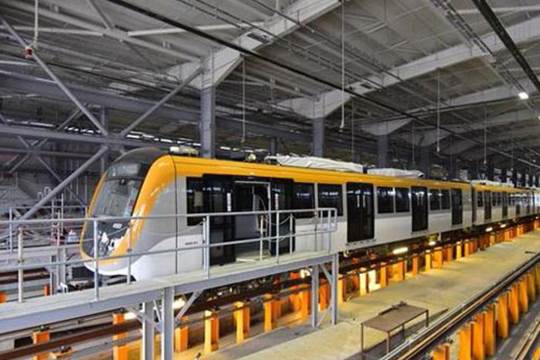 Transportation   Istanbul will have a 355-kilometers-long metro network
Speaking at the opening ceremony of the driverless metro, President Recep Tayyip Erdoğan highlighted the aim to building a transportation network that operates independently of vehicle traffic in Istanbul.

With the operation of Üsküdar-Ümraniye driverless metro, the total length of subway lines in Istanbul has reached 167 kilometers. By 2018, Istanbul will have a 355-kilometers-long metro network, Erdoğan informed.

After his speech in Üsküdar, Erdoğan, accompanied by PM Yıldırım and other high ranking officials, went for an inaugural spin, making the first journey to Ümraniye. ■