Staff Writer | November 14, 2017
The first trial freight train from China arrived at the cargo port in Bratislava, the capital city of Slovakia on Monday. 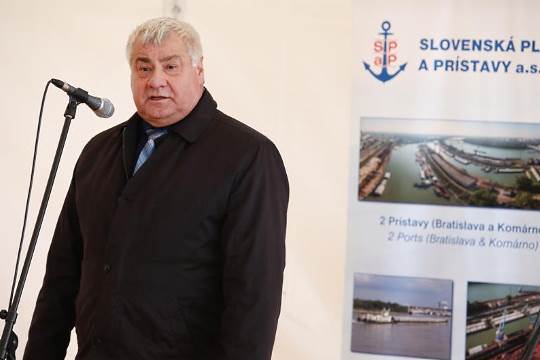 Transportation   "It is a significant event for Slovakia"
The train's journey from the Chinese city of Dalian via Russia and Ukraine to Slovakia lasted 17 days. It is carrying goods worth over three million U.S. dollars in 41 containers destined for customers throughout Central Europe.

"It is a significant event for Slovakia. I think we'll not stay just in the trial operation, but we'll go further in this," said Arpad Ersek, Minister of Transport and Construction of Slovak Republic.

According to the ministry, the train is the first one ever whose route will cross almost the whole of Slovak territory.

And as of next year, trains between the Chinese city of Dalian and Bratislava's cargo port will operate once a week, and twice a week as of the second half of 2018. ■