Staff writer ▼ | October 24, 2014
In partnership with the European Union, the Food and Agriculture Organization of the United Nations (FAO) has launched a program to stop desertification in countries in Africa, the Caribbean and the Pacific. 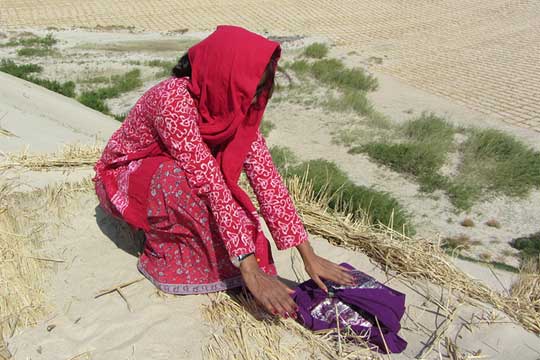 Ecology   In partnership with the European Union
Dubbed "Action Against Desertification," the plan spans four-and-a-half years at a cost of 41 million euros. According to information released on its website, the FAO believes the initiative is crucial in fighting hunger, poverty and climate change.

One of the main goals is to encourage the sustainable management of land and recuperate dry areas. According to the FAO, over 70% of residents of dry areas across Africa, the Caribbean and the Pacific depend on natural resources for their livelihood. However, the organization remarks that population growth and climate change are placing severe pressure on ecosystems, increasing land degradation and desertification even further.

In Africa, the program will support local communities and governments in Burkina Faso, Ethiopia, Gambia, Niger, Nigeria and Senegal. Job opportunities will be fostered in rural areas, especially for women and young people, based on production and marketing of forest and agriculture products. In the Caribbean, support will be given in Haiti, and in the Pacific, the program will focus on Fiji.

"Desertification and land degradation are very serious challenges. They lead to hunger and poverty, themselves at the root of many conflicts," said the FAO director-general, Brazil’s José Graziano da Silva.

According to him, successful efforts have proved that these problems can be surmounted, that food security can be increased and the lives of communities can be improved. The European Union’s commissioner for Development, Andris Piealgs, said sustainable land management is key in addressing climate change, the loss of biodiversity and food insecurity.

The program is partners with the African, Caribbean and Pacific countries (ACP), as well as other organizations, and will be based on an existing anti-desertification program called the "Great Green Wall of the Sahara and the Sahel Initiative," established in 2007.

Farming schools for teaching and knowledge exchange will spread knowledge about the causes of desertification to rural producers, and the best approaches for fighting and preventing it. ■