Staff writer ▼ | September 6, 2013
Recruiters and college students have conflicting opinions on what is appropriate to post on Facebook, according to a recently released survey of 500 U.S. college juniors and seniors conducted by Persona, Inc. 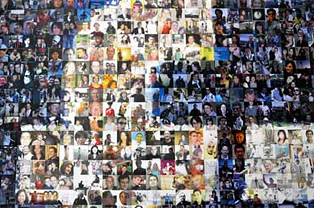 Recruiters and college students have conflicting opinions on what is appropriate to post on Facebook, according to a recently released survey of 500 U.S. college juniors and seniors conducted by Persona, Inc.


Fifty-seven percent of college students do not think they have inappropriate content on their Facebook, yet in a previous industry survey posted on CNN, 69 percent of recruiters have rejected candidates based on negative information online.

Despite differences in what should and should not be posted online, recruiters and college students are in agreement on the importance of social media in the job market.

Seventy-one percent of college students in the Persona survey say Facebook profiles are influential to very influential in hiring decisions. And a 2012 Jobvite survey reveals that 92 percent of recruiters plan on using social media for recruiting, emphasizing the nearly unanimous value placed on candidates' social networks.

The Persona survey suggests that students feel overly confident in their current Facebook profiles and are not proactively taking steps to present a professional Facebook image: 55 percent never delete or un-tag inappropriate photos and posts or only do so once a year, 80 percent would feel comfortable to very comfortable if a recruiter looked at their profile, and 57 percent have a completely private profile to anyone who is not their friend.

"Without precautions in place, social media can ruin the job hunt and damage your reputation and credibility. While students can monitor what they post, it is much harder to keep track of some 400 Facebook friends who all have the potential of posting an off-color comment on your wall or a questionable photo of you. The last thing you want to do is raise concerns among recruiters in this competitive job market," said Lee Sherman, CEO and founder of Persona. ■

Japan to end Tokyo's state of emergency, eyes fresh $930 billion stimulus
Brexit border in Irish Sea will not be ready in time
Korea: Over 80 percent of auto plants back in operation
EIB reaffirms commitment to European battery industry to boost green recovery