FAA: air transport to grow over the next 20 years 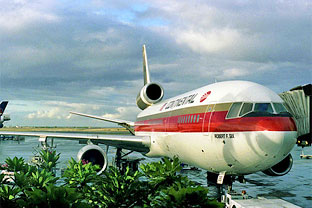 
As the economy returns to growth, so will aviation. The 2013 FAA forecast calls for U.S. carrier passenger growth over the next 20 years to average 2.2 percent per year, compared to last year’s forecast growth of 2.6 percent per year. Growth over the next five years, says FAA, will be slightly higher than the long run rate as we assume the U.S. economy grows at a faster rate.

One of the many factors influencing the delayed recovery is the uncertainty that surrounds the U.S. and European economies. Europe, primarily countries belonging to the Euro area, have been hit hard by the pressure for fiscal austerity. Combined with the slow pace of these economies, debt restructuring pulled the European economy into recession in early 2012, where it continues to languish today. This has not helped the pace of U.S. economic growth given the importance of its trade with Europe.

Despite this and the ambiguity surrounding its own fiscal imbalances, the U.S. economy has managed to avoid a double dip recession and trudges along the path of slow recovery.

System capacity in available seat miles (ASMs), the overall yardstick for how busy aviation is, is projected to shrink by 0.1 percent this year after posting a 0.1 percent increase in 2012 but it will then grow at an average annual rate of 2.9 percent through 2033. In the domestic market, capacity growth hovers around zero for the second year in a row.