Staff writer ▼ | April 23, 2015
Europeans believe the fishing industry has a vital role to play in feeding a growing world population but have accused governments of failing to do enough to support the sector. 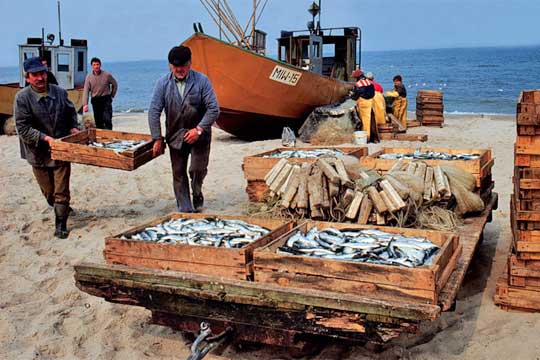 Four thousand consumers in eight major European nations took part in the survey earlier this month. Among the key findings were that 71% of those responding thought the industry had a vital role to play in feeding a growing world population but with 84% saying that Governments should do more to support the sector and fishermen.

97.5%
goes to European agriculture.
Despite the fishing industry contributing €71.3 billion to the EU economy, only 1.7% of the EU’s 2014 budget for sustainable growth in natural resources was allocated to the European Maritime and Fisheries Fund, against 97.5% of funding allocated to European agriculture. This equates to €1 billion of funding for the fisheries sector against €57 billion bolstering the agricultural sector in 2014 alone.

The survey also disclosed that 70% of Europeans eat fish at least once a week, partly for health and taste reasons. Spanish consumers were revealed as the most avid fans, with the majority (almost 75%) eating fish at least 2-3 times each week. Most consumers (84%) preferred to eat fish at home rather than in restaurants.

In each of the countries surveyed – the UK, Spain, France, Italy, Germany, Poland, Denmark and the Netherlands - the majority (73%) of consumers said they bought fish at the supermarket rather than at a fishmongers but said the stores didn’t offer a wide enough choice.

Over two thirds of consumers across Europe (68%) noted that they would like to know more about where and how their fish had been caught, and who had caught it, though new regulations introduced in December 2014 meaning that all labels must now carry the exact location and method of the catch could alleviate this.

Furthermore, the majority (54%) of consumers said the knowledge a species was sustainably caught would influence their buying decision. These concerns are addressed, as all EU fishermen meet strict EU standards on fisheries practices to ensure that fish are sustainably caught.

In the UK specifically, 86.4% of consumers thought more needed to be done by Government to support the country’s fishing industry with 75.6% saying fisheries played a key role in offering a healthy food source to the population.

The survey was commissioned independently by Europêche, the body which represents 80,000 fishermen and 45,000 vessels within the EU fleet, to mark the launch of its new consumer facing information portal – iFish. ■

Spring 2013 Eurobarometer: A greater dose of optimism
Most Europeans believe the worst is still to come
License–free freshwater fishing weekend for all Florida visitors

Carol Meyrowitz to be new chairman on TJX Companies