Staff writer ▼ | December 17, 2014
A report published by the European Court of Auditors (ECA) reveals that EU-funded investments in airports have not generated the expected results and have produced poor value for money. 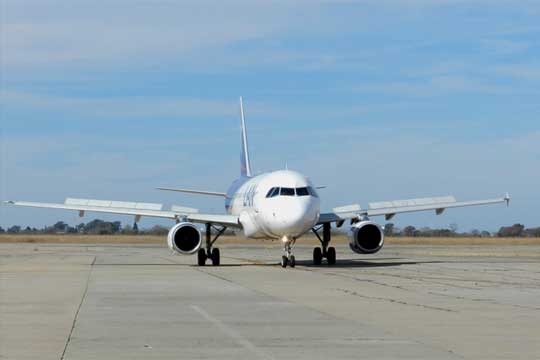 Audit Report   The European Court of Auditors
Due to a lack of adequate planning and forecasting, some of the funded airports were situated too close to one another, while some of the construction projects were too big for the numbers of planes and passengers involved, say EU auditors.

"We found that some airports were not profitable in the long term, some were underused and some were not used at all," said George Pufan, the ECA Member responsible.

"European air traffic is set to double by 2030. If Europe is going to meet this extra demand, both the Commission and the Member States must improve the way they invest in our airports by funding only those which are profitable and for which there is a real investment need," he added.

The EU auditors examined investment projects at 20 airports - in Estonia, Greece, Italy, Poland and Spain - which received more than EUR600 million of EU money from 2000 to 2013. The auditors found that only half of these airports could show the need for EU-funded investment and that funded infrastructure was often underused, with some €38 million worth not being used at all.

Only half of the airports audited increased passenger numbers, while, for more than half of them, air traffic forecasts significantly over-estimated increases. In Cordoba, for example, fewer than 7000 passengers traveled in 2013, against the 179,000 forecast.

In addition, for most airports there was little evidence of an improvement in customer service or of regional socio-economic benefits, such as the creation of additional jobs. ■

Airlines and airports to invest $33 billion in IT this year
Investments in 20 Pennsylvania airports
Poor quality homes in England cost the NHS £1.4bn per year

Ukraine: We need $10b to avoid bankruptcy, and need it yesterday