Staff writer ▼ | January 16, 2014
Manufacturing activity strengthened in the New York region in January, bolstering views that the nationwide factory sector will continue to be strong in 2014. 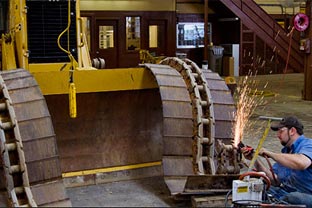 Manufacturing activity strengthened in the New York region in January, bolstering views that the nationwide factory sector will continue to be strong in 2014.


The Empire State index jumped to 12.5 in January, much better than a revised 2.2 in December, according to the Empire State manufacturing survey by the New York Federal Reserve.

The Institute for Supply Management reported that its key reading of the health of the national manufacturing sector slipped to 57% in December from 57.3% in the prior month, though that’s still well above the 50% level indicating expansion. The ISM has been stronger than output data in recent months and is signalling strong GDP growth.

The details of the January report were strong. The new-orders index climbed out of negative territory, rising to 11.0, a two-year high. The shipments index increased to 15.5 in January from 4.7 in December. The inventories index reversed a sharp decline in the prior month.

Employment conditions also showed improvement. The indexes for both prices paid and prices received were significantly higher in January. The prices paid index rose to 36.6, its highest level in more than a year. Separately, the Labor Department reported a rise in producer prices in December. ■