Staff writer ▼ | November 19, 2014
Ecuador, the leading exporter of bananas, will set a new production record this year as the country will produce at least 295 million boxes of fruit valued at 2.5 billion dollars. 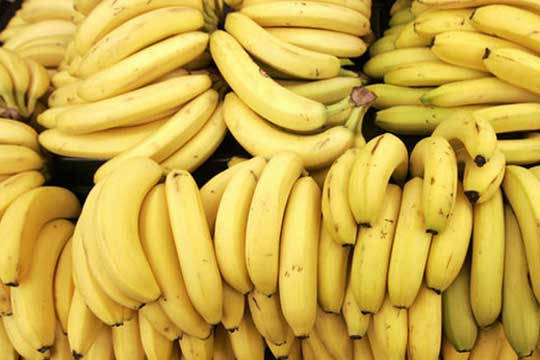 Good news   The leading exporter of bananas
"We'll definitely beat the record, as our production of bananas will be 3% higher than that of 2011, when we produced 285 million boxes," said the president of the Association of Banana Exporters, Eduardo Ledesma.

Ledesma noted that the record would be achieved, among other things, because of the increase in investments in the plantations, the lower production costs, the increased demand of the new markets and the consolidation of formal producers and exporters.

Ecuador is the largest exporter of bananas in the world with 28% of the market. Russia is the largest buyer with 22%, followed by the EU with 17% and the US with 13%. Markets like China and Turkey record continued growth.

Ledesma said that the increase in production hadn't changed the conditions that gave the Ecuadorian bananas their premier quality.

He added that Ecuador had sold $2.373 billion dollars in bananas in 2013 and that they expected that figure to increase by 200 million dollars this year. ■

Banana from Ecuador continues to gain ground in China
Ecuador promotes its bananas in China, sales increased by 835%
Europe is the only hope for Ecuador's banana producers