Staff Writer | November 21, 2017
Sales of groceries through e-commerce platforms grew by 30% in the 12 months to March 2017, according to a new report by Kantar Worldpane. 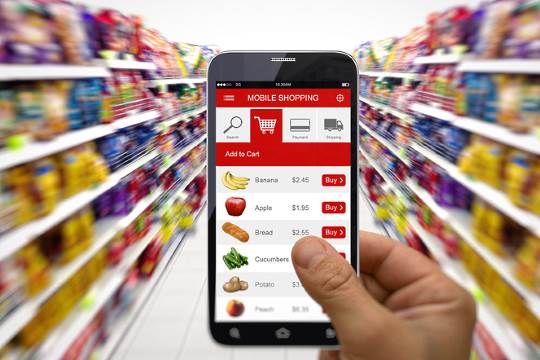 Retail   Europe remains a continent divided
In terms of absolute value growth, the top six contributors are all leading power economies, led by China and the U.S.

The other top performing countries are South Korea, the UK, Japan and France. Last year, value increased by 52% in China, 41% in South Korea, 8% in the UK, 7% in France and 5% in Japan and in the US.

However, the online grocery sector is also expanding into new markets. There has been significant value growth, for example, in Thailand (+104%), Malaysia (+88%) and Vietnam (+69%) where e-commerce is in early stages.

Europe remains a continent divided. With 5.6% value share in 2016, it is the second largest market in the world for e-commerce following Asia. However, while the UK and France remain on the front foot for e-commerce – with 7.5% and 5.6% market share respectively – Germany (1.7%) and the Netherlands (2.6%) are lagging behind.

Furthermore, there are signs that e-commerce is slowing down in Europe. Mature markets like France and the UK – while still evolving – are doing so at a slower rate.

Known for its attachment to large format hypermarkets, online grocery penetration has increased rapidly in the US in recent months, reaching 30% of the total population. Annual spending on food and alcohol through e-commerce is this year predicted to reach $20 billion.

There has been a slight increase in online grocery spend in Latin America over the past 12 months. The lack of trust in payment methods coupled with the overwhelming popularity of discount formats makes Latin America one of the most difficult regions for brands to succeed in the online world.

Throughout most of Latin America, e-commerce is lagging far behind traditional methods of shopping. The exception to this is Argentina, where e-commerce is exceeding usage compared to the rest of the region.

Megacities have become natural breeding grounds for e-commerce. For example, in London, Beijing and Shanghai, e-commerce accounts for 10% of the FMCG market. ■