Staff writer ▼ | September 5, 2013
The potential increase in market share for e-cigarette products in the U.S. could reduce payments to settling states under the Master Settlement Agreement (MSA), says Fitch Ratings. 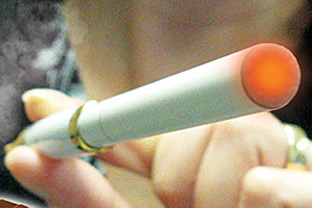 The potential increase in market share for e-cigarette products in the U.S. could reduce payments to settling states under the Master Settlement Agreement (MSA), says Fitch Ratings.

The annual MSA payment is determined based on inflation and the amount of traditional tobacco products shipped within the U.S. E-cigarettes and smokeless tobacco products are excluded from the shipment amount. We would expect this shift to stress tobacco settlement ABS, not tobacco manufacturers, as the largest three are expanding into the e-cigarette market.

In recent years, high shipment declines due to the increases in the federal excise tax and some state taxes have put stress on the cash flows to tobacco settlement bonds, and we would expect a shift in market share to further exacerbate the strain on the payment streams.

Since Fitch's approach to rating tobacco settlement bonds is based on the amount of MSA payment decline the bond could withstand, a smaller payment amount could cause downgrades across the sector.

E-cigarettes have been gaining popularity in recent years as a smoking cessation method. Consumption is expected to grow 40%-50% in the coming year. Since e-cigarettes emit water vapor as opposed to smoke, they can be used in homes and other places smoking may be banned or undesirable.

However, they have not been fully evaluated by the Federal Drug Administration, and health studies are ongoing. Both could minimize their impact on tobacco settlement ABS. ■