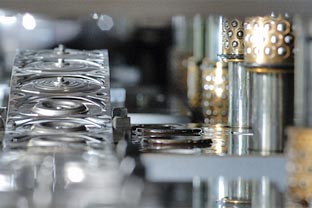 
The headline NEVI Purchasing Managers' Index (PMI) fell to 54.8 from December's 57. A reading above 50 indicates expansion in the sector. The latest score is a three-month low, but remained above the long-term average of 51.6.

Contributions from all five components of the PMI was weak in January. Output growth eased slightly, but was strong. Orders grew further, but the pace was the slowest since October.