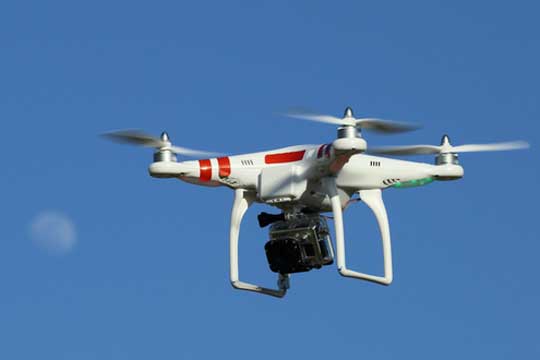 The proposed rule also includes extensive discussion of the possibility of an additional, more flexible framework for “micro” UAS under 4.4 pounds. The FAA is asking the public to comment on this possible classification to determine whether it should include this option as part of a final rule. The FAA is also asking for comment about how the agency can further leverage the UAS test site program and an upcoming UAS Center of Excellence to further spur innovation at “innovation zones.”

The public will be able to comment on the proposed regulation for 60 days from the date of publication in the Federal Register, which can be found at www.regulations.gov. Separate from this proposal, the FAA intends to hold public meetings to discuss innovation and opportunities at the test sites and Center of Excellence. These meetings will be announced in a future Federal Register notice.

“Technology is advancing at an unprecedented pace and this milestone allows federal regulations and the use of our national airspace to evolve to safely accommodate innovation,” said Transportation Secretary Anthony Foxx.

The proposed rule would require an operator to maintain visual line of sight of a small UAS. The rule would allow, but not require, an operator to work with a visual observer who would maintain constant visual contact with the aircraft. The operator would still need to be able to see the UAS with unaided vision (except for glasses). The FAA is asking for comments on whether the rules should permit operations beyond line of sight, and if so, what the appropriate limits should be.

“We have tried to be flexible in writing these rules,” said FAA Administrator Michael Huerta. “We want to maintain today's outstanding level of aviation safety without placing an undue regulatory burden on an emerging industry.”

The new rule also proposes operating limitations designed to minimize risks to other aircraft and people and property on the ground:

The operator must discontinue the flight when continuing would pose a hazard to other aircraft, people or property.

A small UAS operator must assess weather conditions, airspace restrictions and the location of people to lessen risks if he or she loses control of the UAS.

A small UAS may not fly over people, except those directly involved with the flight.

Flights should be limited to 500 feet altitude and no faster than 100 mph. Operators must stay out of airport flight paths and restricted airspace areas, and obey any FAA Temporary Flight Restrictions (TFRs). ■