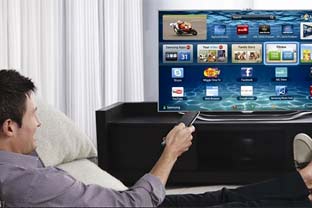 
This is the second-fastest growth rate out of all regions worldwide, trailing only the Middle East and Africa, to hit $5.29 billion.

Double-digit gains will continue throughout our forecast period, pushing total investments in Latin America to $9.36 billion by 2018. Thanks to this growth, the region will rise from second-to-last place in digital ad spending worldwide in 2016, when it is set to surpass Central and Eastern Europe.

However, it will still see far lower spending compared with North America, Asia-Pacific and Western Europe, and will claim just 4.4% of the digital ad spend market in 2018.

Brazil will maintain the highest levels of digital ad spending out of the Latin American countries for which eMarketer produces estimates, at $2.88 billion—or 54.4% of all digital ad spend in the region. Meanwhile, second- and third-place Mexico and Argentina will see far lower digital ad investments of $900 million and $310 million, respectively.

Despite higher gains in Mexico than in Brazil, the former will still rank second for digital ad spending in Latin America throughout our forecast period. Argentina will continue to pull up the rear, with increases at 7.0% or lower expected through 2018, compared with double-digit gains in the other two nations. ■