Staff writer ▼ | March 17, 2014
Employers must be more proactive in preventing depression, as the illness costs European workplaces 92 billion euros per year, according to a new report. 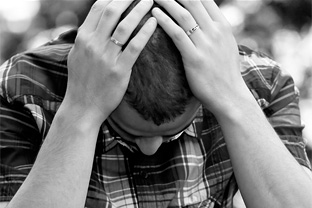 Employers must be more proactive in preventing depression, as the illness costs European workplaces 92 billion euros per year, according to a new report.


Thirty million people in Europe struggle with depression, and many workplaces underestimate the impact, says the report, which was published Wednesday (12 March) by London School of Economics' professor Martin Knapp, and doctor Sara Evans-Lacko, of King's College.

In their cross-European survey with 7,065 employees from Denmark, France, Germany, Italy, Spain, Turkey and the UK, between 20 and 55% of the employees diagnosed with depression said they take time off due to the illness.

According to the survey, female, divorced and part-time workers are more likely to suffer from depression, while university-educated professionals are less likely to take time off due to depression. If they do, they are more reluctant to disclose the reason to their employer.

The report also states there are big differences in tackling depression in the workplace in European countries. For example, Italians are less likely to reveal a prior diagnosis of depression compared to people in the UK and Turkey.

While managers in Denmark are more sympathetic towards depressed employees, and are less likely to discriminate against them than their European counterparts, managers in France and Spain are the most likely to recommend that the employee seek help from a healthcare professional for their depression. ■