Staff writer ▼ | July 4, 2014
Lebanon's private sector economy continued to contract in June, but the rate of decline eased and was only marginal. 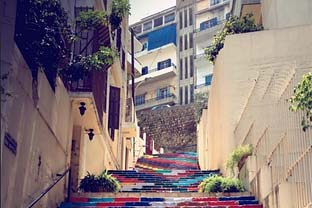 Lebanon's private sector economy continued to contract in June, but the rate of decline eased and was only marginal.


This was highlighted by the seasonally adjusted BLOM Lebanon PMI TM registering at an eight- month high of 49.1, up from 48.0 in May. Output levels decreased at a slower pace in June, the least marked in six months. New order intakes - which have contracted continuously on a monthly basis for more than a year - also fell at a moderated rate.

Weakness on the order front stemmed not only from the domestic market, in which ongoing political and security issues had reportedly weighed on demand, but also from a further (albeit slower) fall in new export orders. With signs of the downturn easing, however, companies raised employment levels for the first in five months during June.

Businesses were also encouraged to raise their buying levels, ending a five-month spell of falling purchasing activity. Stocks of inputs rose accordingly after being broadly stable over the previous two months. Suppliers were able to deliver items faster in June, marking only the third month in the history of the survey during which vendor performance has improved.

Remaining on the supply side, average purchase prices increased marginally, with the rate of inflation the slowest in the current three-month sequence of rising costs. Staff remuneration increased at an equally modest pace, although on this front, the rate of inflation was a seven-month high. Output prices returned to growth in June.

Moreover, the degree to which selling prices increased was slightly more marked than the concurrent rise in overall cost burdens, thereby suggesting a lessening of pressure on companies' profit margins. ■