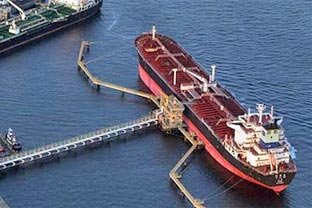 China's apparent oil demand in November fell by 2.1% to an average 9.9 million barrels per day (b/d) or 40.88 million metric tons (mt) versus year-ago data, according to a Platts analysis of China's latest government data.


The November average marked the second time this year that China's apparent oil demand has contracted, following a 2.3% year-over-year decline in September. The dip in apparent oil demand last month was due to relatively lower refining activity. Crude oil processing by refineries, as reported by the National Bureau of Statistics on December 10, was down 0.6% versus a year ago to an average 9.81 million b/d.

Apparent demand for gasoline totaled 8.03 million mt in November, a year-over-year increase of 3.8%. Domestic output rose an annual 3.3% last month to 8.33 million mt, while exports slipped 9.1% to 300,000 mt. Traditionally, China has not been an importer of gasoline.

Apparent demand for gasoil totaled 14.39 million mt in November, a 2.3% drop from November 2012 and the third straight month of decline. Gasoil, used in the heavy transport and industrial sectors, accounts for the largest proportion of all oil products consumed in China. However, demand for gasoil has ebbed this year, mirroring the nation's economic slowdown. There were no imports of the fuel last month.

Gasoil output in November fell 2.5% from year-ago levels to 14.6 million mt. Exports fell 30% year over year to 210,000 mt. Despite being relatively lower than a year ago, gasoil outflows were still higher than the third-quarter average of 90,000 mt, driven in large part by new export quotas for state refiners in the fourth quarter.

Platts calculates China's apparent or implied oil demand on the basis of crude throughput volumes at the domestic refineries and net oil product imports, as reported by the National Bureau of Statistics and Chinese customs. Platts also takes into account undeclared revisions in NBS historical data. ■