Staff writer ▼ | June 23, 2014
Manufacturing in China and Japan returned to growth in June after months of decline but an unexpectedly sharp fall in French business activity dragged on the wider euro zone, surveys showed. 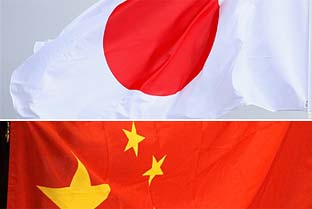 Manufacturing in China and Japan returned to growth in June after months of decline but an unexpectedly sharp fall in French business activity dragged on the wider euro zone, surveys showed.

Germany and France went their separate ways again, with German business activity expanding robustly, albeit at a slower pace than last month, while France's private sector shrank at the fastest rate in four months.

Markit's Composite Purchasing Managers' Index (PMI), based on surveys of thousands of companies across the 18 countries that use the euro and seen as a good indicator of growth, fell to 52.8 from May's 53.5. That was well below the consensus for 53.5 in a Reuters survey, matching the lowest forecast polled.

Readings above 50 indicate expansion. Markit said that with a robust recovery taking place in some euro zone periphery countries, the data still point to second-quarter economic growth of 0.4 percent.

Germany, Europe's largest economy, was again the driving force although its composite PMI eased to 54.2 from 55.6. But the French index slumped to 48.0 from 49.3, its lowest reading since February.

Also somewhat worryingly for the European Central Bank, a composite PMI sub-index measuring output prices held below the 50 mark for the 27th month, coming in at 49.7 as firms kept cutting prices despite soaring input costs.

Inflation slowed to just 0.5 percent in May, prompting the ECB to cut interest rates to record lows and offer new long-term loans to banks to help boost lending to euro zone companies. ■