China has the world's largest company 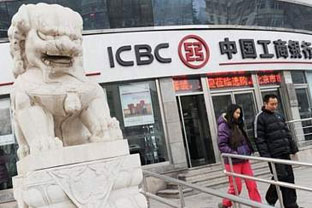 Forbes Global 2000 are the biggest, most powerful listed companies in the world. This year, 63 countries have entries vs 51 in the inaugural list in 2004.


Forbes' ranking of the world's biggest companies departs from lopsided lists based on a single metric, like sales. Instead Forbes use an equal weighting of sales, profits, assets and market value to rank companies according to size, writes Scott DeCarlo.

This year's rankings span 63 countries, three countries less than last year. The U.S. (543 members) adds 19 firms, bucking its declining presence since 2004 and registering its highest total since 2009. Japan (251 members) again has the second biggest presence on the list despite losing seven more members from last year.

Mainland China (136 members) checks in as the third largest country in terms of membership with same number of firms from a year ago. There are eleven countries with only one firm, including New Zealand, the Czech Republic and Vietnam.

Countries standing out in terms of growth across all four metrics are Singapore, Thailand and Malaysia. Belgium, Turkey, and the United Arab Emirates saw the biggest increase in company market values, all with double-digit growth from a year ago.

In the tenth annual ranking, Chinese bank ICBC unseats Exxon Mobil as the world's biggest company this year and takes the number one spot for the first time. Another Chinese bank, China Construction Bank, moves up 11 spots to No. 2 on the list.

Apple (tied at No. 15) is again the world's most valuable company, even after it took a 24% haircut in market value since last March. Wal-Mart Stores (tied at No.15) returns as the word's sales leader with 5% growth, reclaiming the top spot from Royal Dutch Shell. Germany's Allianz, Korea's Samsung Electronics, and U.S.based AT&T broke into the elite 25 this year, with Allianz gaining the most ground, up from No. 50 a year ago to No. 25. ■

InVivo Therapeutics adds John A. McCarthy to the board