Staff writer ▼ | May 26, 2015
Crude oil output in China reached 69.58 million tonnes in the first four months of 2015, a year on year increase of 1.6 percent, according to data from the top economic planner. 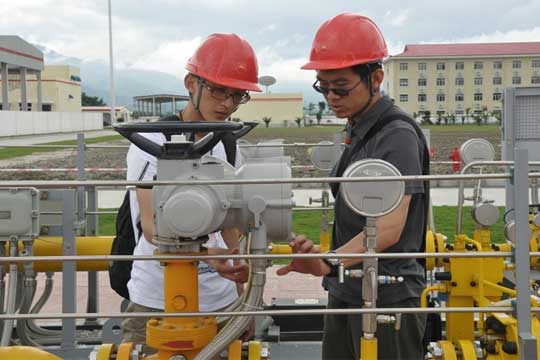 Energy business   According to data from the top economic planner:
China refined 155.57 million tonnes of crude oil during the period, up 3.6 percent year on year, while refined oil production rose 5.2 percent to 98.32 million tonnes, the National Development and Reform Commission said in an online statement.

Apparent consumption of refined oil, calculated as production plus imports minus exports, increased 4.8 percent from a year earlier to 89.18 million tonnes.

In a separate statement, the planner said natural gas output totaled 45 million cubic meters during the January-April period, up 4.7 percent year on year.

A report by energy giant British Petroleum (BP) predicted last month that China's dependence rates on imports of oil and natural gas will rise to 75 percent and 40 percent by 2035, from the current 60 percent and 30 percent, respectively, making China the world's biggest energy importer.

The share of coal in China's energy mix will fall to 51 percent from the current 68 percent by 2035. Natural gas will take up 12 percent and oil 18 percent, said the report. ■