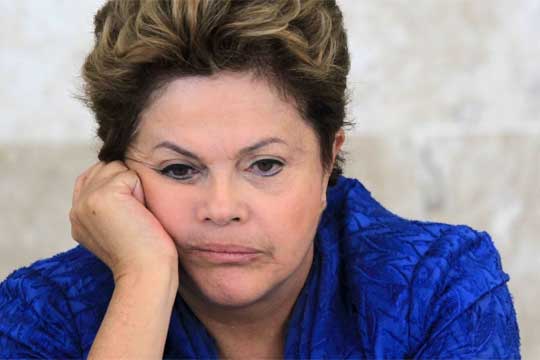 Latam   Primary deficit was $474.8 million
In real value (inflation-adjusted), the result is the worst for the six first months of the year since the creation of the historical series in 1997. The data was released by the National Treasury Secretariat.

The primary deficit represents the negative results of the public accounts before payments of the public debt. In June, the Central Government registered an R$ 8.206 billion ($2.43 billion) deficit, also the worst result for the month in real values. Last month’s deficit cancelled out the primary surplus of R$ 6.626 billion ($1.96 billion) accumulated from January to May.

According to the National Treasury, the drop in revenues is the main cause for the negative performance. From January to June, net revenues declined 3.3% (inflation-adjusted). Total spending, however, remained stable, increasing 0.5%.

The difficulties in cutting spending and in increasing revenues made the economic team reduce to R$ 8.7 billion ($2.57 billion), 0.15% of the Gross Domestic Product (GDP), the target for the 2015 primary surplus, the savings to pay interest rates of the public debt. From this total, 0.10%, R$ 5.8 billion ($1.71 billion), is on the account of the Central Government.

For the total calculation of the public accounts, it’s necessary also to include the numbers from states, local governments, state-owned companies and other state institutions. ■