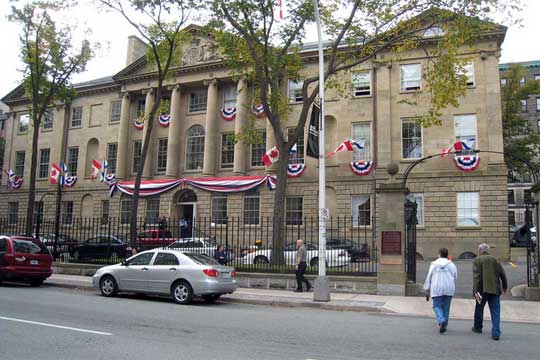 Habits at work   Olympic hockey games are the reason for not working
Four of the top 15 sick days taken by government workers in 2013-2014 happened over the Christmas holidays.

Government workers like most everyone else have a holiday on Christmas day, Boxing Day, and New Year's Day. But just after each holiday there was a spike in the number of people calling in sick.

On work days when Canada played Olympic hockey games (games happened during the day due to time change from Sochi, Russia) the number of government workers who called in sick was 5-12 percent higher than the 2013-14 average.

The third highest day for government workers to call in sick was reported on February 19th, 2014 the same day as the quarterfinal game between Canada and Latvia. Canada won the game 2 to 1.

Four of the top 10 days sick days relate to the weather. According to the collective agreement government workers do not have to come to work if the weather is not safe for them to do so. Any time that they did not work during a storm must be made up at a later date in consultation with their manager.

Government workers are allowed to take up to 18 sick days per year, four days to attend appointments and another five days to care for a sick family member. Added together an employee could be off a month a year by just using their sick days. ■

OpSec appoints David Erlong to board