Staff writer ▼ | February 4, 2015
The British manufacturing purchasing managers' index (PMI), a gauge of industry activities, edged up to 53.0 in January this year from the revised 52.7 in December 2014, Markit Economics said. 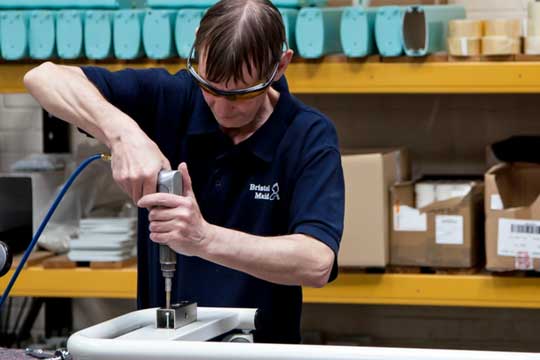 The data was above the market estimates consensus of 52.8, and has remained above the neutral 50.0 mark since April 2013. A figure above 50 suggests that the sector is growing.

British manufacturing started 2015 on firm footing, as the growth of output and new orders ticked higher following the slowdown seen through much of the latter half of 2014, said the London-based market researcher.

New businesses from overseas and job creation in the industry also saw growth in January, and average input costs encountered a steep drop over the same period, data showed.

Rob Dobson, senior economist at Markit, said: "The big mover in the latest survey was the input prices index, as the recent slump in oil prices saw manufacturers' purchasing costs fall at one of the fastest rates seen over the past 16 years."

Maeve Johnson, UK Economist at Capital Economics, said in a note: "Lower oil prices should provide a much-needed windfall for the treasury and drive the UK's recovery forward, even if investment takes a hit in the near term."

The British economic forecaster expects a robust GDP growth of 3 percent in 2015. that the status quo will be maintained well into 2016 too," he said. ■