Christian Fernsby ▼ | February 17, 2020
The Brazilian Union of Autonomous Land Carriers of Goods (ANTB) announced a strike, starting on Monday, against the government's policy of fuel prices, and ratified its support of the strike of the Petrobras workers. 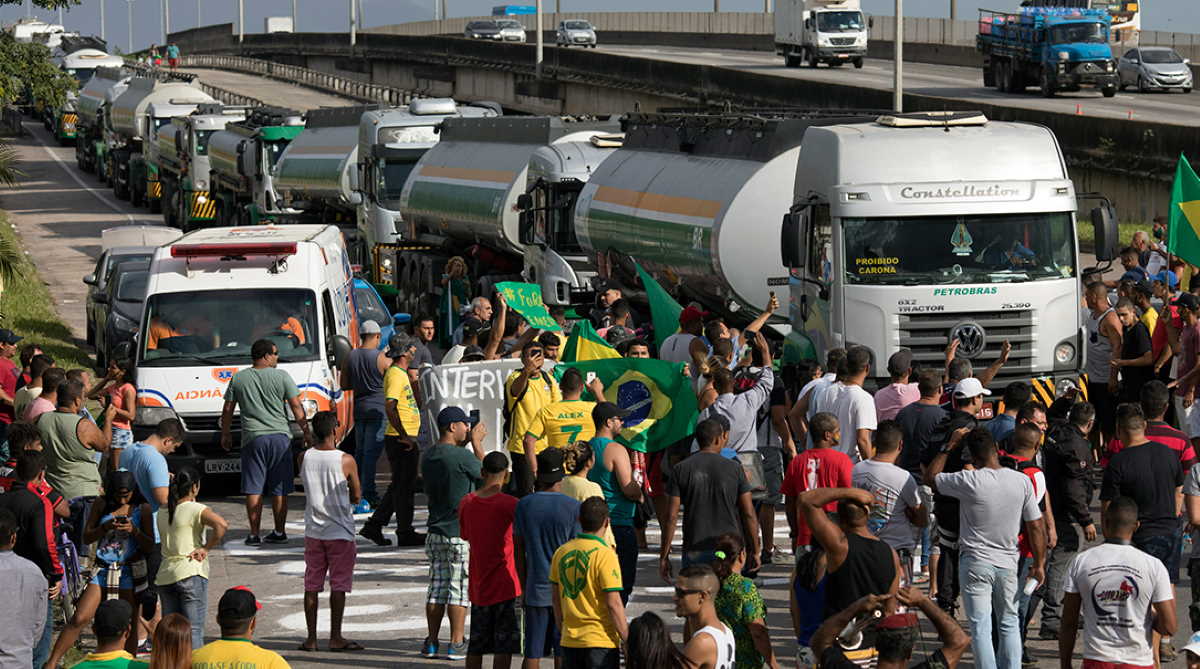 Business in Brazil   Brazilian truckers
Jose Rodrigo Stringasci, President of the ANTB said that 'it is a matter that needs to be discussed by all of the society, since it affects all of the sectors.

He insisted that 'if we have the oil and Petrobras, it is not possible but to accept these inadequate pump values.'

According to the Brasil de Fato web site, the truckers demanded from the president Jair Bolsonaro and another 27 governors the end of the so-called Imports Parity Price (PPI), practiced by the oil refineries since 2016, and which is causing a rise in the prices of fuel imports in the national market.

The ANTB also began a campaign called 'End to the PPI, Now!' against the policy of prices of the crude oil, imposed by the federal administration and the Petrobras direction, which forces an alignment of amounts with those in the international market.

The ANTB has announced as well its support of the Petrobras workers, who began a strike in February the 1st all over the country, as a result of the closure of a fertilizers factory, which will cause the lay off of nearly 400 employees, and for breaches in the collective labor agreement. ■