Staff writer ▼ | April 4, 2015
The Brazilian exports of poultry increased 7% in March over the same month of 2014, according to the Brazilian Association of Animal Protein (ABPA). 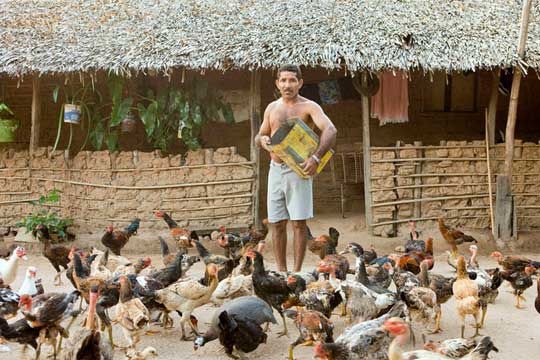 The sales revenue, in reais, went up 29.2% over the one registered last year, with R$ 1.8 billion. In dollar, however, there was a drop in revenue of 4.3% with $ 579.9 million. The shift is explained by the appreciation of the North American currency in this specific time period.

According to the ABPA, the sector was able to minimize the losses of early in the year. With the March performance, the Q1 accumulates 928,700 ships, with a slight drop of 0.2% over last year's Q1. The revenue in reais increased 11.6%, with R$ 4.5 billion, with dollar revenue dropping 8.4% with $ 1.5 billion.

"After overcoming the obstacles of February, shipments returned to their normal rhythm, which allow us to keep the forecasts made concerning the 2015 balance, especially considering the opening of two new markets, Pakistan and Malaysia.

"Obviously, the sector must remain cautious over management of the flow and demand when facing the domestic challenges we have this year, with the fiscal adjustment", said the ABPA's CEO, Francisco Turra, according to the press release. ■

Pushing the child to the limit