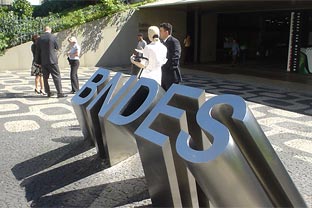 
The resources will be earmarked to expand, modernize and explore infrastructure at the two airports and will also serve to quit the bridge loans that the BNDES granted to the two concessionaires.

The country's largest airport, Guarulhos, will receive R$ 3.48 billion. Included this total is the R$ 1.2 billion related to the bridge loan granted in October 2012, to be paid when the first disbursement is made to the concessionaire for Guarulhos International Airport S.A. (GRU Airport).

The concessionaire Inframérica for the Brasilia Airport S.A. will receive R$ 797.1 million. The first disbursement of this financing will include the R$ 488 million bridge loan granted last December.

In the case of Guarulhos Airport concessionaire, some R$ 17.3 million will be invested in social projects in the surrounding areas of the airport, while the Brasilia concessionaire is expected to make social investments in the amount of R$ 4 million. ■

African Development Bank to give $58.2m for Tanzania