Staff writer ▼ | July 28, 2014
General Motors Co wants to put nearly a fifth of its workers at a factory in Brazil on paid leave, an auto workers union said , amid falling output in Latin America's largest economy. 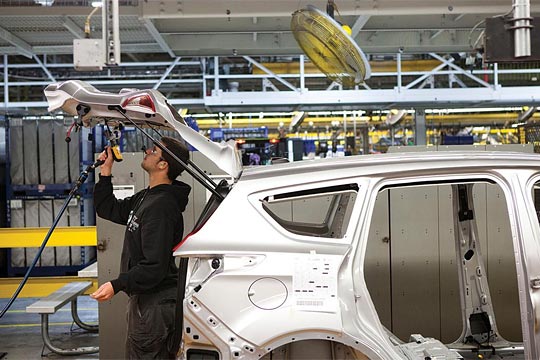 Auto industry   Production plummets 10%
Calling the move unnecessary, the union said 1,000 of 5,200 workers in Sao Jose dos Campos, Sao Paulo state, could be laid off. Workers and the Detroit-based auto maker will likely discuss the proposal on Aug. 1, a union leader said.

Brazil's production of cars, trucks and buses is expected to have its steepest decline in 16 years at 10% in 2014 as sales retreat 5.4%, according to national automakers' association Anfavea.

Reducing the workforce is one of automakers' few ways of protecting profits as new factories, weak demand and evaporating exports to Argentina batter profit margins in a market that for years had stood out amid meager global growth.

General Motors put 940 workers at the same factory on paid leave in 2012, and the union said 598 of them were later fired. The factory produced models that have been discontinued, like Meriva and Zarifa, and now makes S-10 trucks and motors.