Staff writer ▼ | February 12, 2015
American investors are putting more money into London-based technology companies than ever before, according to new figures by the Mayor of London Boris Johnson. 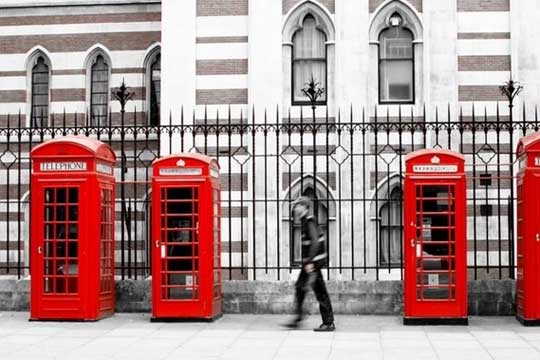 Investing in UK   $795.2m from US investors in 2014
He will reveal the figures while on a trade mission to the United States aimed at strengthening economic and cultural ties between London and the US.

New figures compiled by London & Partners, the Mayor's promotional company for the capital, show that London-based tech firms attracted $795.2m from US investors in 2014, more than doubling the previous record figure from 2012 of $296m. Investment from the US into the UK as a whole also set a new record of $1.35 billion, compared to the previous record of $582m received in 2012.

In total, London firms attracted $1.4 billion in venture capital funding in 2014, meaning that US funds were responsible for over half of all new funding received by the city's tech sector. The figures will be revealed by the Mayor of London at an event in New York for potential investors hosted by London & Partners, in association with Tech City UK and the Technology is GREAT campaign.

Johnson, said: "As the digital capital of Europe, London is clearly the place to create fast-growing tech companies, and our flourishing tech sector has caught the eye of US investors. London's talent is attracting global investment, enabling our innovators to turn their ideas into companies that create jobs and economic growth in London."

The Mayor is on a six-day visit to the US East Coast aimed at strengthening ties between London and the US. Twenty-two of London's leading financial technology firms are currently in New York on a trade mission organised as part of the Mayor's Export Programme and they will use today's event to pitch to the investors in the room in the hope of winning new deals for London. ■